I needed the summer to congest the shitshow that become The Mummy revival film, something I had been excited for far before it was actually going to be made. There were things I did like about it but it was missing something that the first re-make had: useful side characters. So if you’ve seen the new The Mummy film, you probably came to the same conclusion (or several others). It fell extremely short in terms of what I was expecting: a hilarious mock up of my favorite memories with bugs – because I hate bugs! Sadly this was not the case, as the new movie was overwhelmed by CGI and not enough of a solid plot or acting…I could go on but let’s just say I wouldn’t give it many points for effort. However, Ahmanet’s tomb in the newest reboot was pretty unique and badass, so…there’s that. Instead, this post is a character celebration – not of the main villain or the hero, but a side character who is absolutely perfect and necessary to bring the plot along. I’m talking about Beni Gabor – the comic relief thief who must bring the Americans all za-way in the 1999 The Mummy.

Beni’s backstory isn’t revealed beyond his history with Rick O’Connell, splintering off from the French Foreign Legionnaire as their unit finds the fabled city of Hamunaptra. Before the years as a guide to the ancient city, he ceased to exist in fiction. Barely reaching 6’1 with a thin frame (boney would be the right term), he is the comic relief aside the true antagonist of the story, High Priest Imhotep. Does he always say the right thing? No – but it seems every scene he is in, gives us that genuine joy of watching him squirm in the shadow of the hero, a sort-of villain in his own right. He is, after all, a thief, liar and saved early on from the creature’s escape (though ultimately dies) because of luck and general usefulness.

Relevance to the plot:

Beni is always one step ahead of the Americans he brings to the city in the present tense but a step behind O’Connell and his crew (Evelyn, Jonathan, and Ardeth the Medjai chieftain). Even Eve picks on him: He’s not even safe from former best pal Rick…

You get it. Despite how pathetic he comes off, Beni is resourceful–how else would he be able to survive the world without the protection or friendship with people like Rick? Well, in the story he is smart enough to team up with the creature to spare his own life.

Without Beni, Imhotep would struggle, not just for translation purposes but one of the old world needs to be educated or guided (Beni’s strongest quality, whether for better or worse) through the current world. Also, Beni helps him get around easier as the creature regenerates. 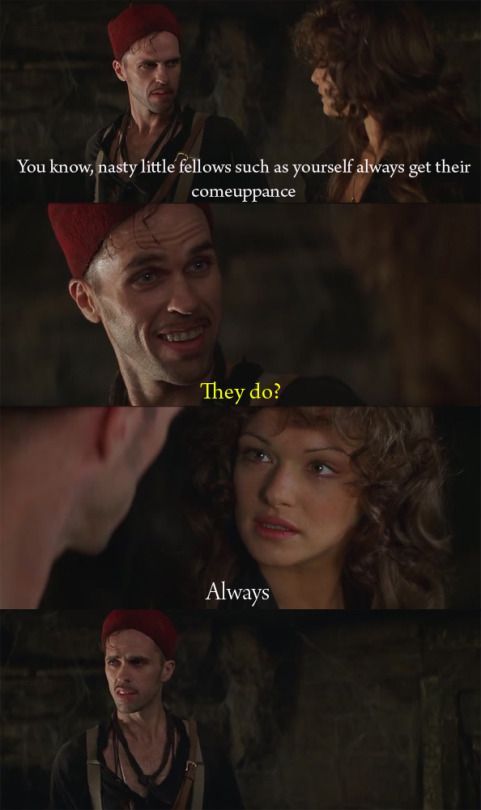 Beni’s morals are corrupt and if anything his growth never truly happens. He does try to save himself, and towards the ending it seems he feels a bit of guilt, stuck in the gig of an accomplice when really he’d just like to be rich and not deal with any bullshit. However, his character is not meant for the better life or a complete turn over into goodness – he’s an opportunist who fell into the wrong opportunity. As Evie suggests, he gets his comeuppance and Beni is generally fearful of the consequences of Karma. Similar to  Beni’s position for the bad guys, Jonathan is the comic relief for the good guys – yet Jonathan lives and, despite not a whole lot of growth, demonstrates how in the end it was all about choosing the right team to stay alive.

Why he needs to be celebrated:

We can’t forget about characters who provide relief and, although run on the dark side, are not the cold blooded villain of the story. This is exactly what his character was and more stories focus so much on either the protagonist or antagonist, they let these plot pushing gems fall through the cracks. Beni may have been a morally corrupt character, but you have to admit, he’s funny and needed, even if he never made the sequel. 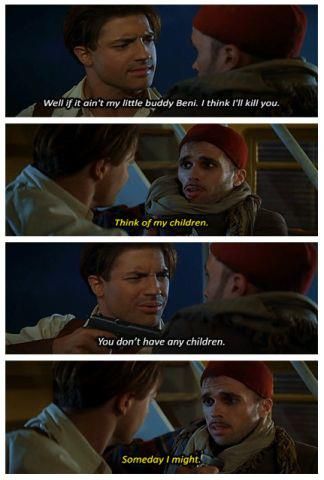